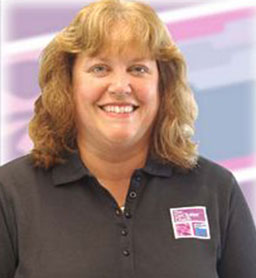 Hello all! Mary Carole here. After attending an “I <3 Women” program in Syracuse, Deb and I left for home with our new red, heart-covered scarves and a good bit of knowledge about living a heart-healthy life. We had listened to expert speakers including a female cardiologist, a male radiologist, a nutrition expert and a young heart disease survivor. We now knew that women generally don’t have the typical heart attack symptoms we see on TV, but a variety of other symptoms that can easily be explained away as something else.

Not too far down the road, Deb told me she wasn’t feeling well.  I asked if she wanted something to eat or for me to drive, but she said no to both.  As we continued toward home, she said she really didn’t feel well.  Given how busy she has been and that she was trying to get to Chuck’s house to watch and approve this week’s episode of OM!, I thought maybe she was under more stress than usual.  I offered to call the doctor’s office and have her stop by to have her blood pressure checked.  She then told me about the pain she had been having for a few weeks in her chest and that her arm felt strange.  Since we were on Rte. 5, I told her we would be coming up on Oneida Hospital in a few miles.  I truly realized how lousy she felt when she turned in their driveway and headed for the ER.

As any good assistant would do, I left the car in the no parking zone and headed in with Deb.  After briefly registering with the nice man at the desk, Deb was called into examination room #8.  I could see she was attempting to calm herself down.   A wonderful nurse named Stephanie came right in to start checking Deb’s vitals.  She and Deb got talking and I could see Deb relax a bit, which of course helped me relax too.  A few minutes later, Dustin the phlebotomist came in and proclaimed to Deb that: “you’ve got good veins!”   What girl in a hospital gown wouldn’t want to hear such niceties?  Another woman came in to finish the registration process and recognized Deb from the show.  (Oh, the people you see at such moments!)  Dustin wanted to hear about the show and Deb is always up for a little PR, so we gave him the show times and told him he might see his name in our blog someday. (We were right Dustin!)

Next came Lisa, who lightened the mood by telling us her great casino stories.  She was funny!  During all this time, tests are being run.  Shortly after, Dr. McMahon came through the door.  She let Deb know that she was not having a heart attack, but maybe a combination of back pain related to her car accident and stress, which can sometimes mimic the symptoms.  There’s nothing like hearing “you are not having a heart attack” to calm you down.  With a follow up appointment scheduled, Deb was discharged.  We got to the car, which had miraculously not been towed, and I drove her the rest of the way home.  Did she let a little thing like an ER visit slow her down?… Of course not! In this case, the show quite literally must go on.  Deb’s husband drove her to Chuck’s.  She saw the show, did some voiceover work and headed home to bed. (FINALLY!) A big ‘thank you’ to all the staff at Oneida Hospital.  You were all wonderful.