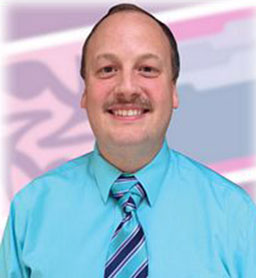 Don Rawls, owner of Bahama Llama Computer Services, is the team's Director of Technology and our "behind the scenes tech guru" keeping the company up and running. He configures and maintains the team's email systems as well as performs computer and printer support, maintenance and repairs. He also functions as a technology consultant in regards to upgrading existing technology or for future technology. Don has been doing web design and computer repair since the mid 90's and also works at MetLife as a Technology Liaison since 2011. He holds an A.A.S. degree in Computer Science.

When he's not being a "tech geek", he organizes and coaches youth hockey and football and spends time with his wife and two children. When asked why he enjoys being a part of the team, Don shares that "it's fun to be part of an exciting team with lofty but attainable goals, the energy and excitement from the team is great to be a part of!"